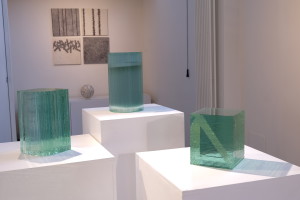 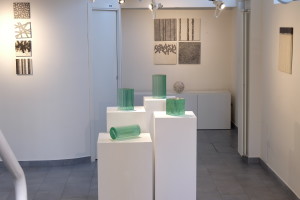 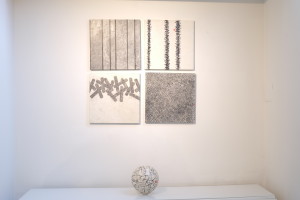 What makes a work of art properly Japanese?
Esh Gallery presents a two-artist show: Ōki Izumi and Mauro Bellucci, in which artists will try to answer this enigma by comparing the respective perceptions of their production through a close dialogue.

Ōki Izumi for several years is working exclusively on industrial glass, a material that refers to its orientation towards abstraction and at the same time makes real the ephemeral, crystallises the invisible, solidifies the intangible. Transparency in Ōki sculptures invites the viewer to look inside rather than through. The sculpture space is like a metaphor of its interior space. Glass is the material best suited to express the search for continuity between inside and outside, between psychical and physical, because it imprisons a visible space and at the same time changing according to the light it encounters. From here take form dreamlike sculptures, as Munari said, “reflect and make you reflect.”
Mauro Bellucci after language studies and a master’s thesis in Japanese lexicography, has been interested for several years in the Far Eastern classical calligraphy. On this basis, to which was added the practice of Zen meditation, he later tried to mediate these experiences with a vision and a taste closer to its Western culture. In his work uses the technique of collage on canvas or in some cases of iron and wood, divided into various types of use of the base materials. The artist uses Nepalese handmade paper and Japanese sumi ink.